Baby-led weaning, or BLW for short, has been a popular topic being discussed in parenting books, forums and magazines in recent years. This topic has also been particularly popular amongst parents trying to prevent their children from becoming picky eaters, as well as parents who are fans of the Montessori-type beliefs of raising children to be self-sufficient and independent. 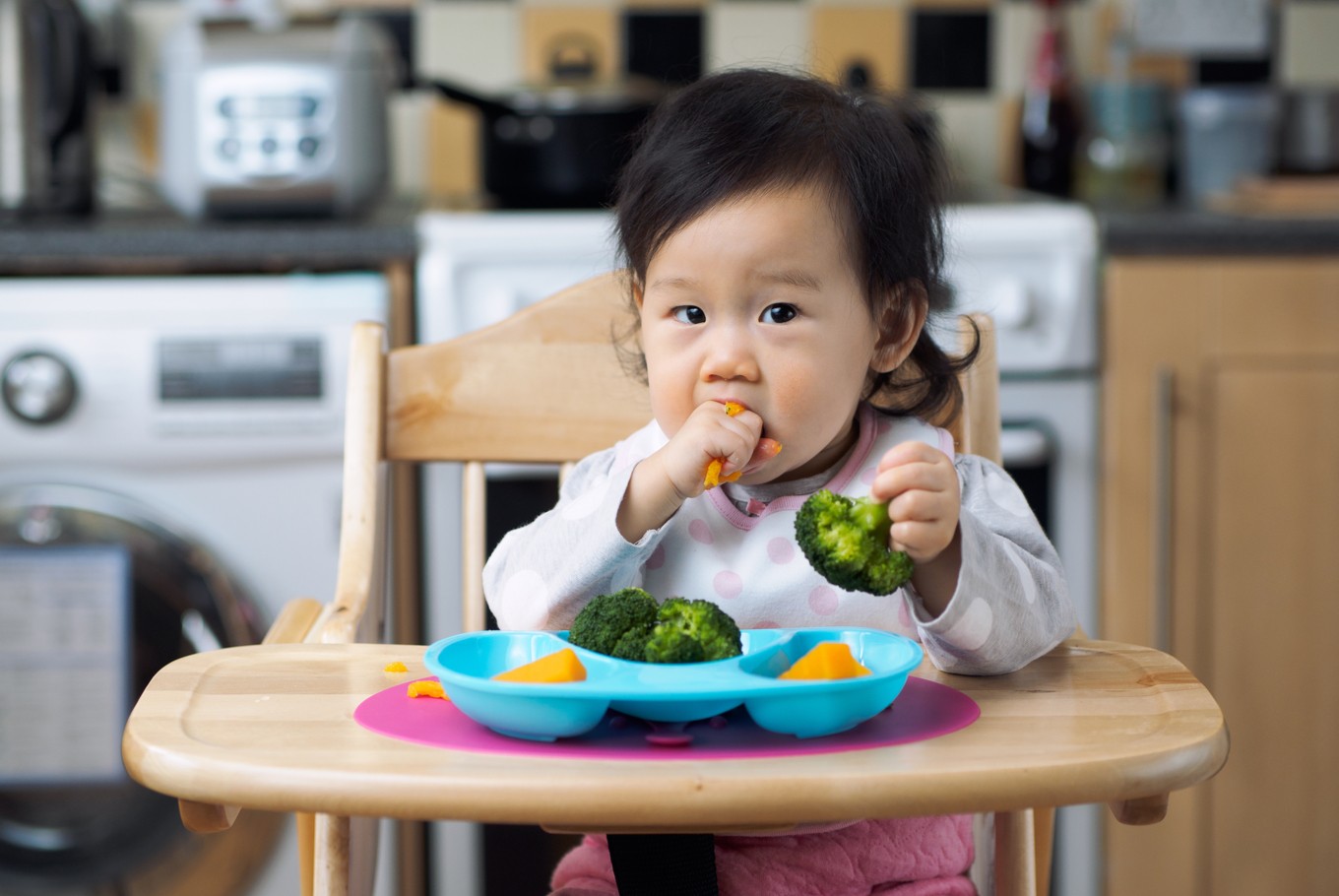 BLW is a feeding approach where babies learn to feed themselves right from the beginning. This method skips the traditional first stage of introducing solids — the introduction to purées and spoon-feeding them — and jumps straight to feeding babies finger foods that they will feed themselves. This approach typically begins when infants are at least 6 months old, and are capable of feeding themselves foods that they are interested in. The premise of this approach is to provide babies with the opportunity to master the art of chewing before swallowing, allowing the child to be in full control of what and how much they would like to put into their mouths.

At its core, BLW places a strong emphasis on encouraging a baby's independence. A main practice of BLW is for parents to wait for their child to exhibit signs of readiness for eating and to follow the baby’s cues throughout the whole process of introducing solid foods. Babies are also encouraged to be brought to the table during family mealtimes, and are encouraged to stay at the table until everyone is done with their meals. They are also encouraged to pick up food with their own fingers, and trusted to eat as much or as little as they need. It's worth noting that most BLW babies aren't completely reliant on these solids, as milk — whether breast milk or formula — will continue to be their main source of nutrition until they are at least 10 to 12 months old.

If you're unfamiliar with BLW, you might be wondering what the hype is all about. Well, here are some of the most common benefits of BLW that make many parents convinced that it's the perfect way to kickstart their children's journey to transitioning to solids:

Experts generally recommend that the best time to start babies on solid foods is when they're around 6 months old, as this is when most of them are able to sit up by themselves as well as grab and hold onto objects. During this time, most babies would have also been able to drop the tongue-thrust reflex, which is responsible for allowing them to push foreign substances out of their mouths. Their intestines would usually also have developed the required digestive enzymes to help them absorb solid food at this stage.

While most experts would recommend parents to start the BLW process when their children are around 6 months old, when to begin truly depends on each individual so you can simply refer to this as a general guideline on when to kickstart this process. Overall, you'd want to wait until your baby is ready. To be more specific, he or she should be able to sit in a high chair unassisted, have relatively good strength in their neck and should also be able to move food to the back of their mouth with an up-and-down jaw movement. Ultimately, every child is unique and so is their development process, so don't rush it and only kickstart the process when your child is ready (and when you're mentally ready too).

Expect things to get messy

When you begin your BLW journey, it's always a good idea to mentally prepare yourself for and accept the fact that it's going to be messy for the time being. Messes are going to be the new norm and you might have to spend some extra time cleaning up after your child as well as the floors and table, but remind yourself that it's only temporary! As you proceed with this journey, you'll notice improvements in your child's ability to feed themselves as well as a reduction in the amount of food lying all over the floors and table.

To help reduce the mess, you could certainly make use of certain products like silicone suction plates and bowls, which are often designed to help babies practice scooping with a spoon or grabbing with their fingers, without being able to completely flip them.

When introducing solids to your baby, it's extremely natural to be worried about the possibility that they might choke. However, as long as you offer safe foods, your little one should generally be safe. Regardless, it'd definitely be important to learn how to differentiate choking from gagging as well as some basic first aid in the event that your child does choke on their food.

Gagging is a particularly common event, especially in the first few weeks of BLW as your baby learns to get used to the different textures in their mouth. Unlike choking, gagging is actually a safety response to food traveling too far back into the mouth and will appear to be coughing mildly, making some noise. If your child is gagging, it's often best to allow them to handle the issue by themselves, and remain calm. If you panic, your child's going to panic too, potentially worsening the issue.

Choking, on the other hand, will leave your child looking terrified, being unable to breathe and making no noise, or gasping or wheezing. They might also have a look of panic on their face as well as a bluish colour their skin. While you can typically avoid choking from happening by avoiding serving any foods that are choking hazards, it'd still be a good idea to familiarise yourself with some basic infant choking first aid, so that you'll always be prepared, in the rare event that it does happen.

You'd also want to cut these foods into substantial-sizes that are easy for your baby to hold at 6 to 8 months old, as they'll be grabbing their food with their whole palms at this point since they wouldn't have learnt how to, or mastered, the pincer grasp. As your baby progresses, they'll eventually start to develop this pincer grasp and you'll be able to start transitioning towards smaller-sized pieces of food.

Once you've given your baby the opportunity to try out different single-ingredient foods (and they've exhibited no allergies to them), you can start offering them mixed dishes such as omelettes and pastas. However, you'd want to ensure that you're given them foods that are high in calories, and foods that contain zinc, iron, protein as well as healthy fats. Steer clear from salt though, at least in the initial stages, as your baby isn't at the age where their bodies are able to process sodium well yet.

For some BLW recipes, head to this article for some ideas: Baby-led Weaning (BLW): 5 Easy Recipes To Try Out.

In general, foods offered in the initial stages of BLW should be rather soft, especially since your child probably wouldn't have any teeth yet. You'd thus want to offer soft foods that can be squished between your fingers. Food offered should also be safe for them to consume and digest.

You'd probably want to avoid any foods that are rather hard, sticky or crunchy (e.g. raw carrots, whole peanuts, crackers), contain added sugar or sodium as well as foods that are slippery and difficult for your baby to hold. Dairy products that contain cow's milk should also be avoided, as cow's milk is typically quite difficult for children under the age of 1 years old to digest. As always, it's always best to consult your paediatrician before making any changes to your child's diet!

Popular articles
Follow us
Pinterest
Your Cart
Close
Your cart is empty
Checkout
Sorry, It seems like some items in your cart are no longer available.
Please review your cart to proceed with order!