5 Tips For Maintaining Peace When Sharing The Bathroom With Others

Let's be honest, the bathroom isn't the largest place in your home. In fact, it's probably one of the smallest rooms in your home. Sharing this small space with others is often a major point of conflict in most homes, whether you're sharing this space with your siblings, family members, partners or roommates. To avoid such conflicts and maintain peace when sharing the bathroom with others, here are 5 useful tips that you can consider incorporating!

1. Make use of shower caddies

On top of the general limited amount of space available in the bathroom, the amount of space in the shower is even smaller. With every individual's personal preference for different shower essentials (e.g. shampoo, body wash, toothpaste, hair conditioner), this means that the shower can easily become extremely cluttered and messy. Thus, rather than allowing this issue to be a constant point of conflict amongst everyone who's sharing this space, consider making use of shower caddies which are designed to provide additional space without the need to take up much space. More specifically, choose shower caddies that have multiple tiers, allocating each tier to each individual and thus allowing everyone to keep their things organised and easy to reach in the shower. 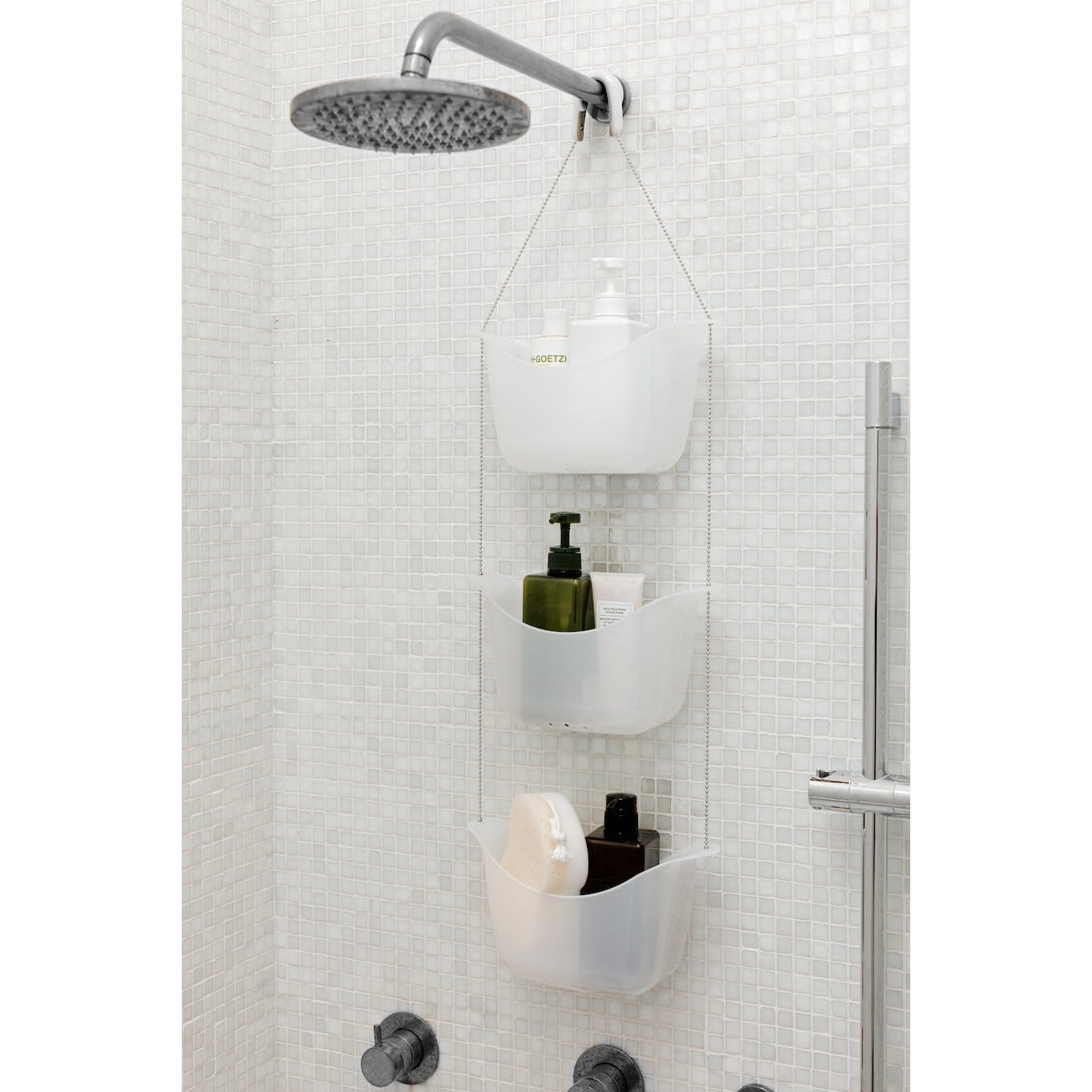 Alternatively, if the use of others' items is a constant point of conflict, place each person's items in individual caddies or baskets that can be carried into and out of the bathroom easily. This solution would thus help to avoid any of such conflicts, whilst still keeping the space neat and tidy.

2. Colour coding is more useful than you might think

Another common point of conflict between those sharing a bathroom is often resolving the use of one another's towels, by accident. Thankfully, such conflicts can be easily averted by the use of a colour coding system. To be more specific, simply assign a particular colour to each individual and purchase bath linens based on this colour coding system. Such a solution will certainly aid in preventing situations where people use the wrong towels by accident, whilst also making laundry much simpler! Additionally, this colour coding system will also help to identify culprits who love to leave their towels strewn all over the bathroom floors.

While we can't always control when nature calls and when we'll feel the urge to use the toilet, establishing a schedule for the bathroom can definitely help to avoid any unnecessary conflicts and prevent the bathroom from becoming a war zone, especially if there are limited bathrooms in your home. So gather all your bathroom-mates and come to agreement on a bathroom schedule that's based on everyone's usual day-to-day schedules, and try to stick to it as much as possible.

This also applies to the cleaning of the bathroom. The scheduling and assigning of cleaning duties will help in ensuring that everyone does their equal part to keep the bathroom clean at all times.

Following the same theme of the aforementioned tip, it'd also be a good idea to create a set of rules or etiquette for the bathroom, that everyone agrees on. Such rules could include: leaving the bathroom lid closed after use, spraying some air freshener and airing out the bathroom after taking a number two or remembering to rinse the shower floors after taking a bath to ensure that it isn't soapy and slippery.

Creating a list of rules that everyone agrees to will certainly help to ensure that everyone remains on the same page. It would also help to hold everyone accountable, so no one can argue that they didn't know of such rules.

Last but not least, one of the biggest sources of friction regarding the bathroom is the issue of hogging the bathroom and spending too much time in there. As much as there's nothing wrong with wanting to have a relaxing bath or a pamper skin for your skin, issues arise when you end up monopolising the bathroom when others may need it too. If you really need to spend a longer time in the bathroom, ensure that it's not during a peak timing when everyone needs to get ready to head out of the door.

Additionally, if you're thinking of having a pamper session or if you're planning on doing your makeup in the bathroom, it'd probably be wise to consider if it's really necessary to do so in the bathroom. Why not do it elsewhere, where you might have better lighting, better air ventilation and more space, like your bedroom or living area?

Overall, it's undeniable that the bathroom is a common source of friction for many households, with many arguments and conflicts resulting because of it. However, with the 5 useful tips that we've provided, we hope that these conflicts can be circumvented, allowing you to maintain peace in the bathroom!

Popular articles
Follow us
Pinterest
Your Cart
Close
Your cart is empty
Checkout
Sorry, It seems like some items in your cart are no longer available.
Please review your cart to proceed with order!